The citizens of Frankfurt did not talk much, though courtesy seems to be prevalent in their interactions. However, letters, signs, and other literate forms of information immediately came to notice as they overlay on top of each other throughout the urban landscape, ranging from graffitis, stickers, event posters, shops, brand identities, to humanistic wayfindings. The immediate eye-arresting qualities are not only due to the amount of these materials – which is comparably abundance in most other metropolitans – but of well-thought design and placement acquired from the region’s long tradition of typography.

As a start, the city was home to the celebrated literary critic and philosopher Johann Wolfgang Goethe, whose residence is currently preserved as a living museum to house the family’s possessions, including furniture, art and literature collections, correspondences, and script developments among many of his works. The exhibitions, however, is carefully directed to not start with Goethe’s works and achievements, but his home, which initiates human connection between the late figure and his contemporary visitors, showing nothing much of clues to his works, but mostly of daily domestic arrangements in life, such as kitchen, dining room, library, and lounges. 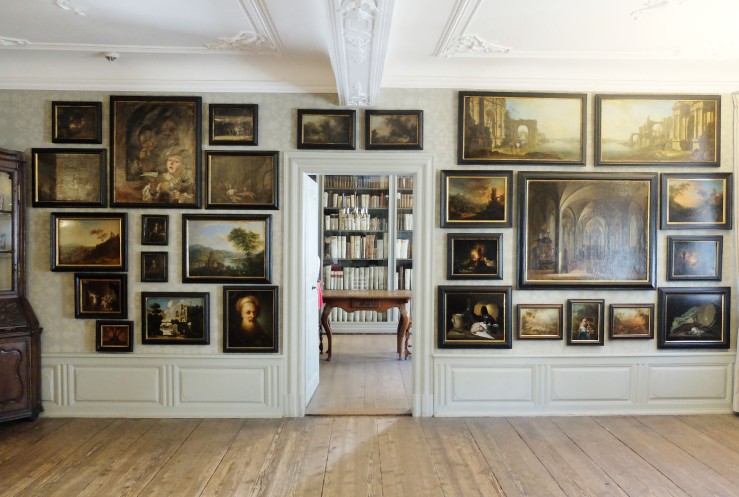 Juxtaposing with the eighteenth-century architecture, the salon continues to a minimalist building which displays a collection of letters, novels, plays, scripts and calligraphies, and paintings, of both his own or of acquaintances, displayed within clear glasses on a cluster of plinths. In the space, typography is a sacred entity, which is clearly expressed through a citation of Peter Jessen’s sentences: 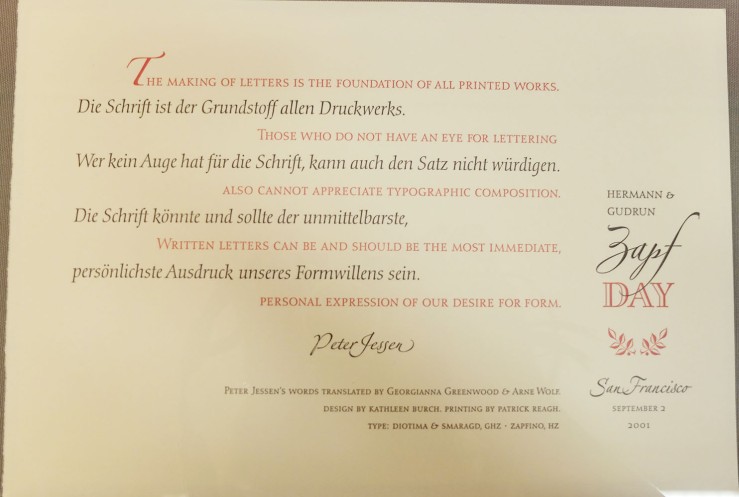 Having a few more hours in the city, the nearby historical Römer square was the next destination. Dating even earlier to the fourteenth and fifteenth century’s rise of Gothic designs, the touristy compound displays numerous handcrafted signs appropriated to the style. A walk between the two time-traveling museums was a wake-up call to return into contemporary aesthetics, and a refreshing visual breath of sans-serifs. The city itself, at the moment, is under a number of constructions, making it a live, three-dimensional collage experience. Yet, the culture of structure and efficiency is deep-rooted not only in the mentioned treatment of letters, but also in lifestyles and work ethics, which is apparent even in this state. In this culture, exemplary letter treatments could only complement interactively to the overall organised layout and attitude of the city’s developing landscape, from the large-scale handling of skyscrapers’ exteriors, to details as minuscule as the menu and service of one of its restaurants. 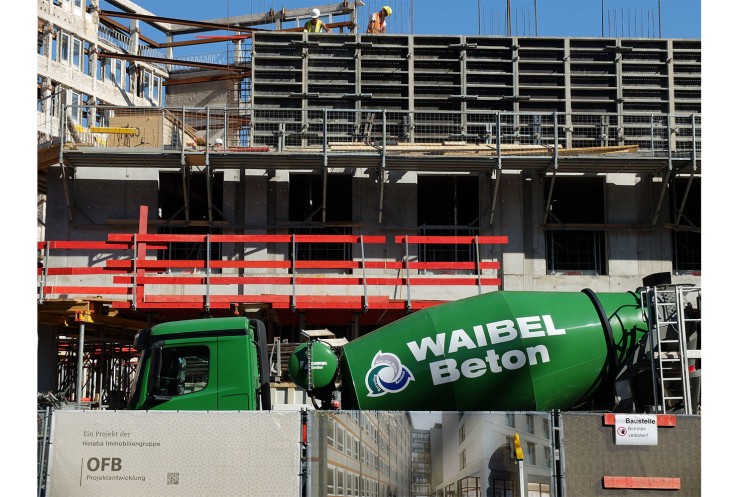